2022-05-10 Update
– Added new data from today's content update (Ines Fujin, 3 supports, 3 skills, 1 nickname, 5 titles)
2022-05-09 Bugfixes & small tweaks
– Added missing conditions to the Skill Condition Viewer (9 in total)
– Reworded some conditions in the Skill Condition Viewer that were confusing or slightly inaccurate
– Compressed and/or resized some images that were unnecessarily large
– The "Show item IDs" setting in the Item List is now "Show item IDs and caps" — item caps are not very useful most of the time, and it's a bit easier to visually unclutter the list this way
– The Show IDs settings for skills and items are now global, and will be respected when opening skills/item tooltips from other pages
– Applied some very small visual changes
– Fixed an issue where Champions Meeting and Legend Races events were not added to the respective event history when they ended
– Fixed an issue in the Legend Race list where some historical values (boss stats) were overwritten with the permanent legend race version (even though I'm pretty sure this bug never made it to production)
– Fixed an issue in the Race List where closing the race details modal would not update the page url properly
– Fixed an issue in the Skill List where some of the newer conditions did not count for the appropriate Trigger conditions filters (e.g. is_finalcorner_laterhalf for Final Corner)
– Fixed an issue in the Gacha Simulator where refreshing the page would cause visual glitches in the simulator
– Fixed an issue in the Skill Condition Viewer where preconditions did not show when filtering by skill
– Fixed an issue in Character details pages where some race names in objectives were sometimes replaced with an empty string (especially Kikka Sho)
– Fixed an issue in Character details pages where if an objective took place in the first half of January, an incorrect class would be displayed
– Temporarily fixed an issue in pages with tabs (Race Scheduler, Gacha Simulator) where selecting a non-default tab and then refreshing would break the page visually - for now, they will not save the selected tab at all, and this issue will be looked into further
Secret events
– In the 2022-04-08 update, it was stated that the Training Event Helper now supports Secret Events, which would be slowly added
– There were some issues with these, which is why basically none of them were added until now, however this is now solved
– Currently, about 33% of the characters should have their Secret events added
Skill renaming
– While GameTora basically never renames any skill translations, some of them (mostly those predating GameTora) have been brought up several times, and after looking into these, some were renamed:
– Mono Poisoner => Monopolizer — The infamous mistranslation that was discussed many, many times
– I'm coming, I'm coming, I'm coming! => Luck Is Coming — While the innuendo was funny, it was a mistranslation that didn't really match Fuku's theme
– The One Who Clears The Path => Trailblazer — The long name was practically never used because of its clunkiness
View history 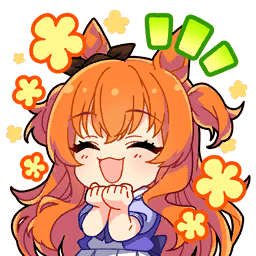 Thanks for supporting GameTora on Patreon!
Thank you: KuromiAK, DOMO, Poyo,